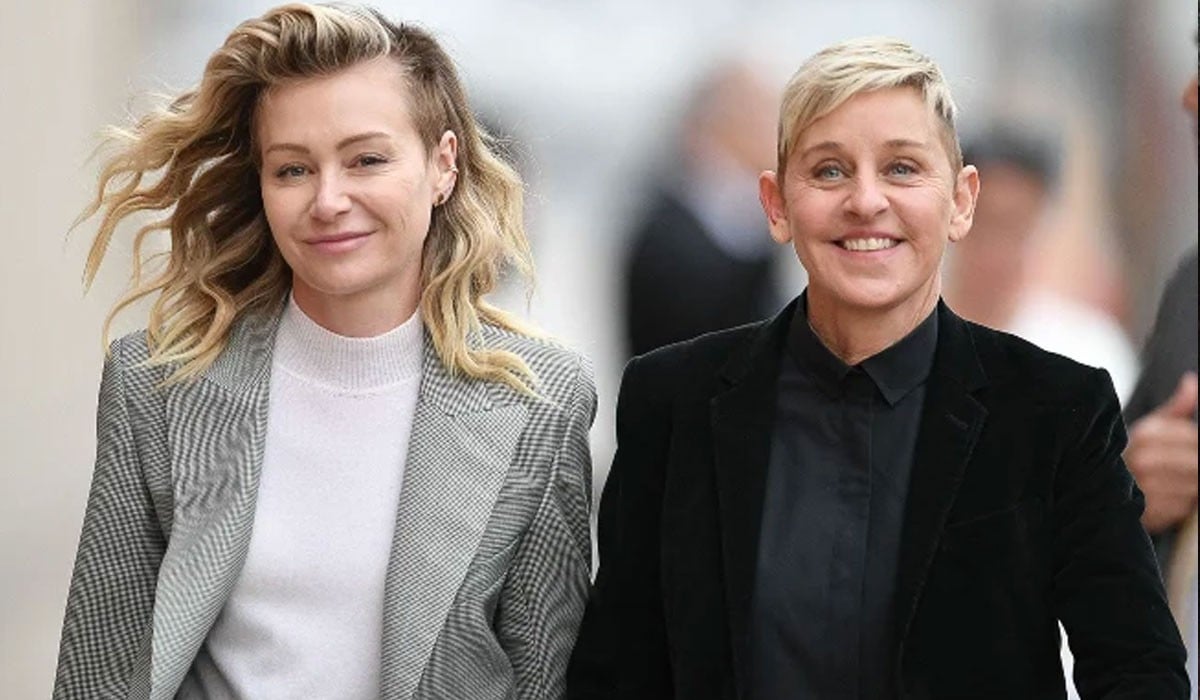 With the ruckus that followed with Ellen DeGeneres’s social repute going into shambles, her wife Portia de Rossi has finally broken her silence.

Turning to Instagram, Portia stood by her wife and thanked her fans for supporting them as they get engulfed in controversy over Ellen’s alleged ‘mean’ behavior.

“To all our fans….we see you. Thank you for your support,” she wrote alongside a graphic that read: “I Stand By Ellen.”

Earlier, Ellen too had addressed the controversy by issuing a statement for her employees amid investigation by WarnerMedia over her ‘toxic’ workplace allegations.

“On day one of our show, I told everyone in our first meeting that The Ellen DeGeneres Show would be a place of happiness—no one would ever raise their voice, and everyone would be treated with respect. Obviously, something changed, and I am disappointed to learn that this has not been the case. I could not have the success I’ve had without all of your contributions. My name is on the show and everything we do and I take responsibility for that. Alongside Warner Bros., we immediately began an internal investigation and we are taking steps, together, to correct the issues. As we’ve grown exponentially, I’ve not been able to stay on top of everything and relied on others to do their jobs as they knew I’d want them done. Clearly some didn’t. That will now change and I’m committed to ensuring this does not happen again,” she had said.

Her statement has been criticized for shifting the blame on her subordinates instead of taking responsibility for her behavior.